Lessons From a Dog Trainer: How I Got in My Own Way
Next 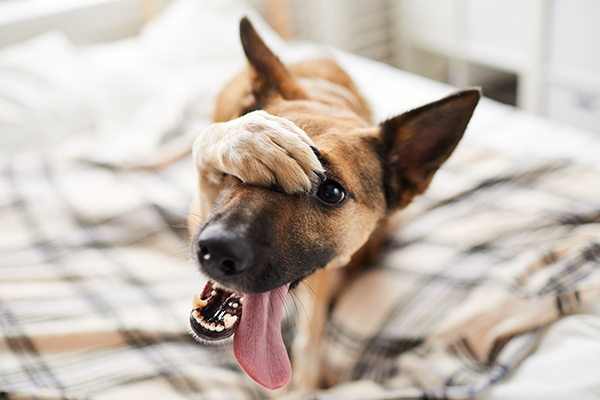 When we raise our children from babies, it is understood and expected that they won’t understand our language or know our rules. We know that it will be our job to teach them, step by step, and then to remind them of these lessons daily as they get older.

When we send our kids to school, we also understand that they must go through different levels of learning (ie. Grades 1 through 12). Each level increases in difficulty from the last, in order to achieve a complete and solid understanding of the subjects being taught and to be able to perform any tasks to the highest level of difficulty that we may ask them to. No parent would expect their child to perform college level calculus without first having learned basic math and successfully gone through all its levels in grade school.

That’s why, when we teach our dogs a new concept such as sit or down or to come when called, it is our job to break down those lessons into small achievable tasks that only gradually build on the level of difficulty from the first one. So when we get to the dog park and call them to come while they are in the middle of wrestling with their buddies (college-level calculus), they’ve already passed grade school and are very clear about how to perform the task. We need to have the same expectations of our dogs ability to learn new and more complex subjects as we do of our children’s and to give our dogs the same courtesy as we, ourselves, would expect while being taught anything new.

Keep in mind that dogs come with a huge disadvantage. They don’t speak English. And if you speak Spanish or French or Hindu or Japanese or anything else, they don’t speak any of those, either. So we’re not just teaching them to do a specific task when we give them a particular cue or command, we’re also teaching them an entirely new language in the process. They’re like ESL students! (In case you’re wondering, their primary language is body language. They read visual cues from us and each other which is why so many dogs seem to be able to “read your mind”- because our bodies give cues about what we are thinking as soon as we begin to think it and long before we verbally announce it.)

So be patient, with your dog and yourself. Give yourselves time to get from point A to point Z. Be patient and persistent in teaching your dog or pup what you need him to do. It could take weeks. It could take months. (Rome wasn’t built in a day.) Decide what different levels of difficulty you’re going to have to train through to achieve the ultimate college level response you desire and give him the opportunity to succeed at each level before moving on to the next.

And, if you forget and get impatient with him when progress seems fleeting, put yourself in his shoes and think of what it would feel like to be in a foreign country, being taught foreign customs and behaviors and all in a foreign language. Because that’s exactly how it must feel to him.

Lessons From a Dog Trainer: How I Got in My Own Way
Next