Who's the Boss?
Next

Freedom is Earned, It's Not a Right

Because Of A Dog 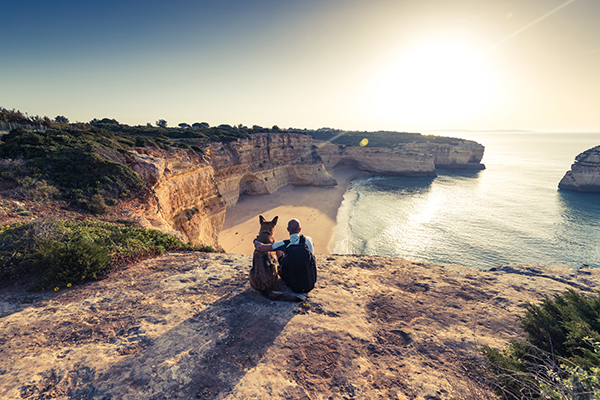 My first dog was a black and white Springer Spaniel. A very regal and handsome looking boy who was more like a stately gentleman than a dog.

When he and I were out together, people used to come up to me all the time telling me how they used to have a Springer, too. They’d tell me stories about their dogs and how much they loved them as they’d fawn all over my handsome guy.

It used to get tiresome for me. I’d hear someone say “Oh, I used to have a black and white Springer!” and I’d think “I know, I’ve heard this story, like, five hundred times before.” I became bored and impatient with it after a while.

But then my Springer died. And his death and absence left a huge vacant space where he used to reside in my heart.

All of a sudden, I became one of those people who approached others on the street when they were walking with their Springer Spaniels, especially the black and white ones. I turned into the one now saying “I used to have a Springer, too!”, telling them all about him and what a great guy he was as I fawned all over their handsome dog.

And that sacred place in my heart that I’ve held him in for all these years bursts wide open just for a moment. And I feel grateful for the opportunity to feel him there again, even though he’s been gone for many years now.

It took me a long time to get it, but I finally understood.

I understood why it was so important for all of those people to share their stories about their own dogs with me. I understood how important it really was to them to share that time with my dog and what that meant to them to feel, just for a moment, the love they once had for their own dog reflected back to them in my own. I’ve been humbled by the moments of grace and joy that were provided to all of those people without even knowing what was happening.

And I understand now when people approach me to pet my dogs and share stories about theirs, that something more magical then I realize may be happening and I give them the time and space to have that moment.

Such a simple gift.

And all because of a dog.

Who's the Boss?
Next

Freedom is Earned, It's Not a Right